I have never been particularly fond of wines. Everything went south for me after I had port wine for the first time. In contrast to my abhorrence, my father has a surprisingly huge collection of wine. This time at home, he opened up the whole wine cabinet for me. Usually, alcohol is frowned upon at home, but this action just changed the whole dynamics of my vacation. To introduce a sophisticated palate for my benefit, he introduced me to Dessert Wine while sharing an interesting fact: In UK, dessert wines are usually consumed during a meal, as compared to fortified white wines (fino and amontillado sherry) which is consumed before the meal and fortified red wines (port and madeira) which is consumed after meal. While serving he started into this whole wine history where he went on to explain that the Ice wine is a type of dessert wine that has three major producers – Europe, Canada and the United States.

It is said that the ice wine was discovered by accident when a German winemaker who was away from his vineyard during harvest, returned to find all of his grapes had been frozen on the vine. Undeterred he carried out with the unorthodox harvest and proceeded to press his frozen grapes for fermentation. Result is the famous Eiswein. 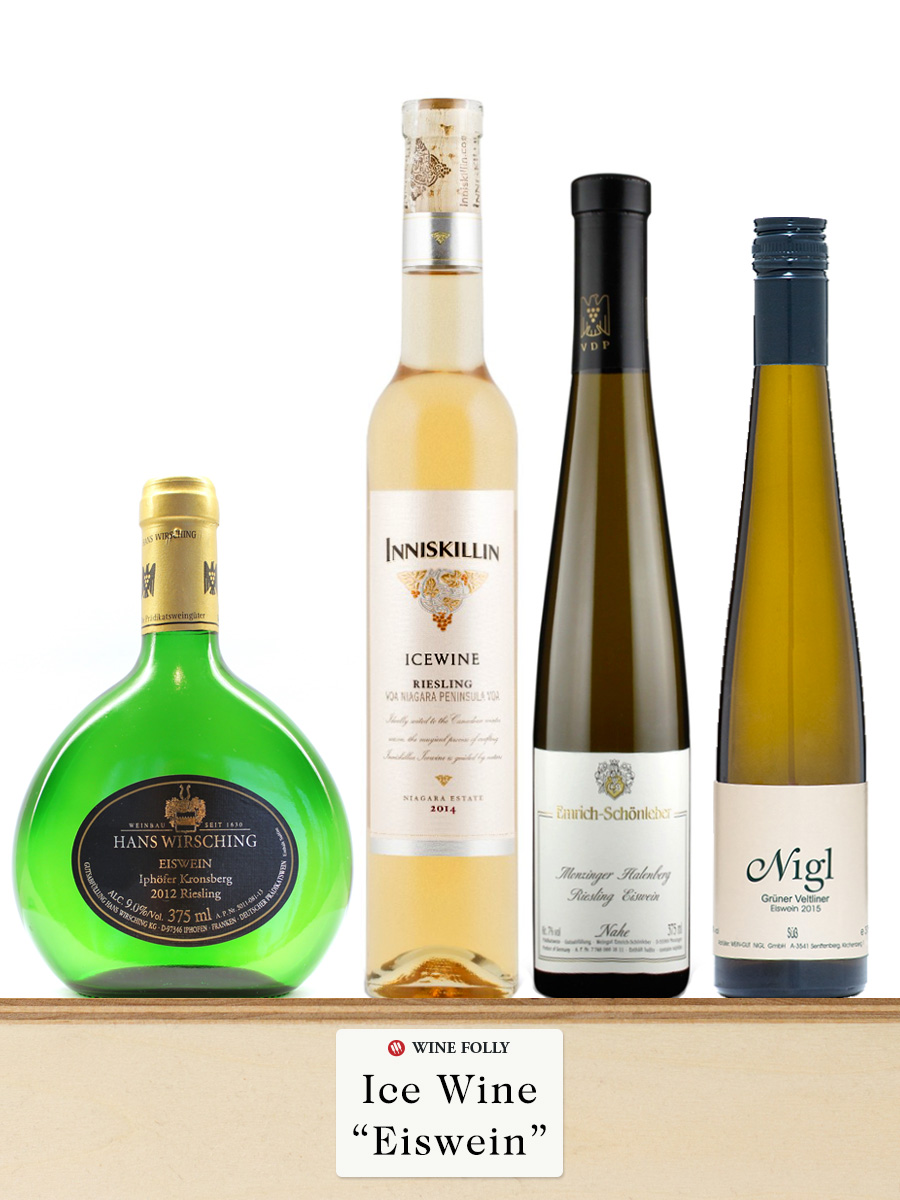 Ice wine (eiswein in Austria and Germany, or the single-word icewine in Canada), is made by leaving grapes on the vines until temperatures drop to extreme lows (by law, at least 19.4˚F in Germany, 17.6˚F in Canada). Under ideal conditions, the grapes dehydrate and concentrate through the winter. Once a deep frost hits, they freeze into icy pellets that are painstakingly harvested, usually in the dead of night while temperatures remain frigid, and each grape is pressed to extract the sweet and concentrated essence while still they remain frigid. Other than the temperature, the Canadian wine makers make sure that the sugar levels are at least 35 degrees Brix.

Sounds complicated when you read it right? Imagine how painstaking the process will be.

We all know that there are different type of grapes available for making a wine. Ice wine is no different. Canadian wine is produced from vitis vinifera grapes, most commonly Cabernet Franc and Riesling. 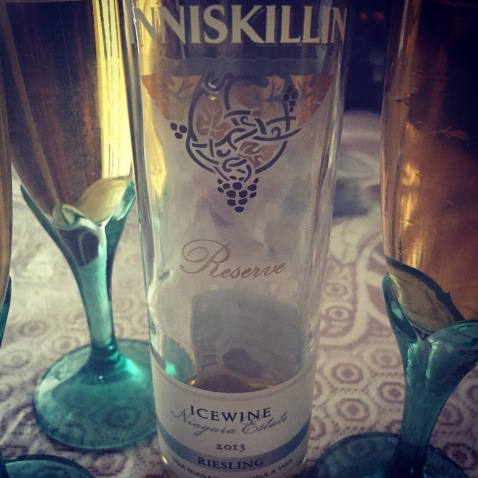 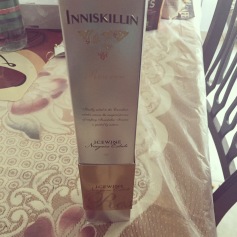 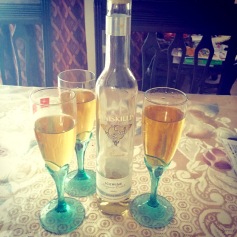 The first sip unnerved me a bit considering the difference in taste when compared to the regular wines that my so-called “sophisticated” palate has tasted. Instead of overwhelming my palate with the intensity os sweetness, the acidity of wine was a refreshing balance. My father kept teaching me how to swirl the wine and then swallow it. But without such dramatic gestures, you can appreciate the taste in one sip only.